Britney’s snatch is becoming more popular than “checking the poo” on Scrubs. yes, yes, we know that sometimes i go out commando. and i did, on one occasion flash an unsuspecting rabbi in the parking lot at the library. but i assure you, i AM a lady. i know how to close my legs. someone needs to teach Britney so we don’t have to bleed from our eyes when we see this. (NOT safe for work, folks)

Mary Kate Olsen scares me. i’m sure i will nightmares tonight. 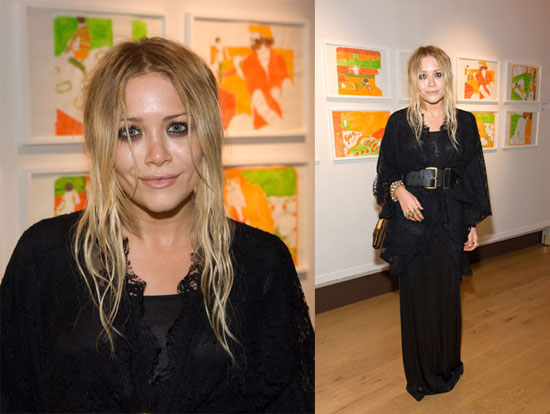 so does this stroller: The Bachelor? Solisa wears her special parts on the outside. i think that means she has big labia.

Friday Night Lights? where to even start. i so heart this show. i heart everyone on the show. well, except for Mrs. Coach (who knew her name was Tami?) because she’s just annoying, really. Landry and “the Seracin”‘s conversation about WWRD…what would Riggins do….was perfection. because Riggins wouldn’t be worried about his girlfriend flirting the “the swede” (who, ps, looks no more swede thanÃ‚Â your truly) because Riggins is the captain of the SS Tatas. and boy is he ever…much to Lyla’s dismay. yes, she’s accepted Jesus Christ as her lord and savior…but she has not learned that YES, mothers of three CAN wear skinny jeans. damnit.

Survivor? boring. as. hell. except maybe Denise and the “delicatest” meal. the special effects?!!? what the hell? and Courtney needs a sandwich. i’m underwhelmed by everyone. i hope this season gets better.

Grey’s Anatomy? I heart Cristina the surgery stealer with all her fake sadness. also…she stole the show with her “what’s the matter? couldn’t find his LVAD wire?” line. badass. Bailey is a sock-rocker. love. she’s the best #2 ever. Alex. shit. i don’t know whether to hate him or to love him. sigh. i miss Addison.

The Office? That was weird…and almost painful to watch…however, i did enjoy the bouncing DVD opening. That’s so something that would happen at my office. I also did enjoy the club called Chatroom and the password that was actually “password”. and Michael calling Angela “booster seat” was pretty great too. oh, and Jim signing Meredith’s underwear cast.

okay…i’ve talked, on numerous occasions, how i’m incapable of doing a simple word verification…and you all probably think i’m insane…but here’sÃ‚Â a question for you….while on urbanmoms today…i got smacked with this:

anyone want to take a stab? before i stab someone in the throat… surely there’s another way to prove i’m not a spambot or what have you…right? there must be!!