There is so much going on in the world right now—one look at my Facebook feed and my Twitter stream and I feel almost paralyzed, helpless, sad. People are suffering, people are sick. I used to casually exclaim things like, “POST-NASAL DRIP IS THE WORST!” I mean, sure, post-nasal drip is a nuisance, and it’s really not fun, but the worst? One look at the news and it’s very clear that I know nothing about the worst.

It’s hard to know what to do, how to give back, how to help.

Maybe the answer is to look to what you know.

My husband will be traveling to Israel over winter break this year. It was almost a no-brainer to him that as a chef, he could feel a little less helpless right now by spending a day on an army base, barbecuing for all of the IDF soldiers. He is good at feeding people—so what could be more fitting for him than to feed the men and women who spend all day protecting our friends and family in Israel.

My son celebrated his Bar Mitzvah last weekend, and now that he’s a man (oh my goodness my son is a man, at least according to our tradition. Cue the Fiddler on the Roof.) he has decided that he also would like to do something, to give back, to help.

And so when we look at what he knows, I cannot think of a better way for him to give back than with UNICEF 360°.  After all, my son — in a nutshell — is a gamer with a giant heart. So this holiday season, instead of accepting his hugs while he plays Madden football, I’m going to watch him use his skills for a much better cause. He’s choosing a Survival Gift — a bicycle. My son loves his bike and knows that his gift will not only provide what his bike does for him (fun!) it will also enable a child to fetch water, do chores, and get to school faster. Riding bikes is a great part of childhood and allows children the freedom to explore their surroundings through cycling. And by purchasing this gift, he will also be able to meet Sidra, a 12-year-old girl currently living in the Za’atari refugee camp after fleeing conflict in Syria. Well, meet her virtually at least, through his virtual-reality viewer. How amazing that he can do this using just a little bit of cardboard and his smartphone.

I cannot think of a more fitting way for my newly bar-mitzvahed son to give a little bit back this holiday season.

Watch him checking it out: 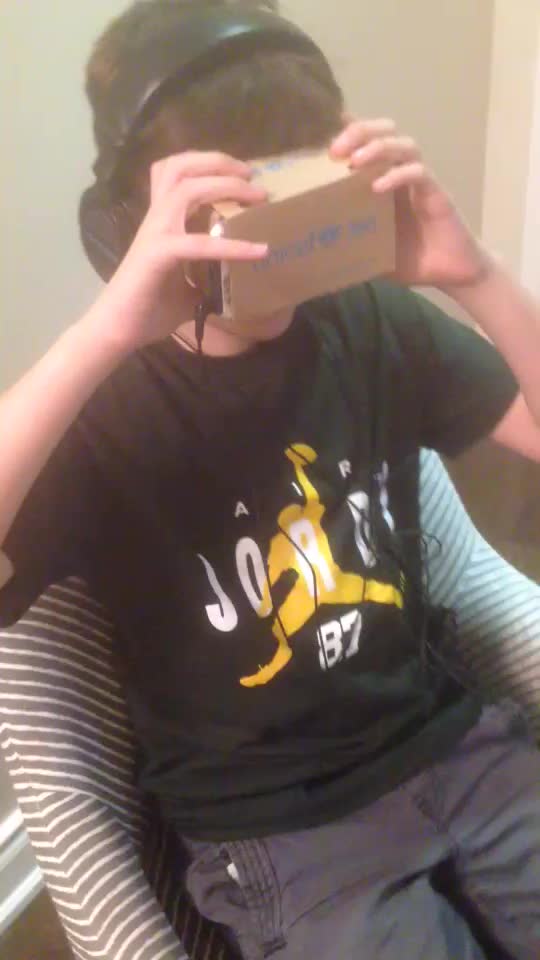 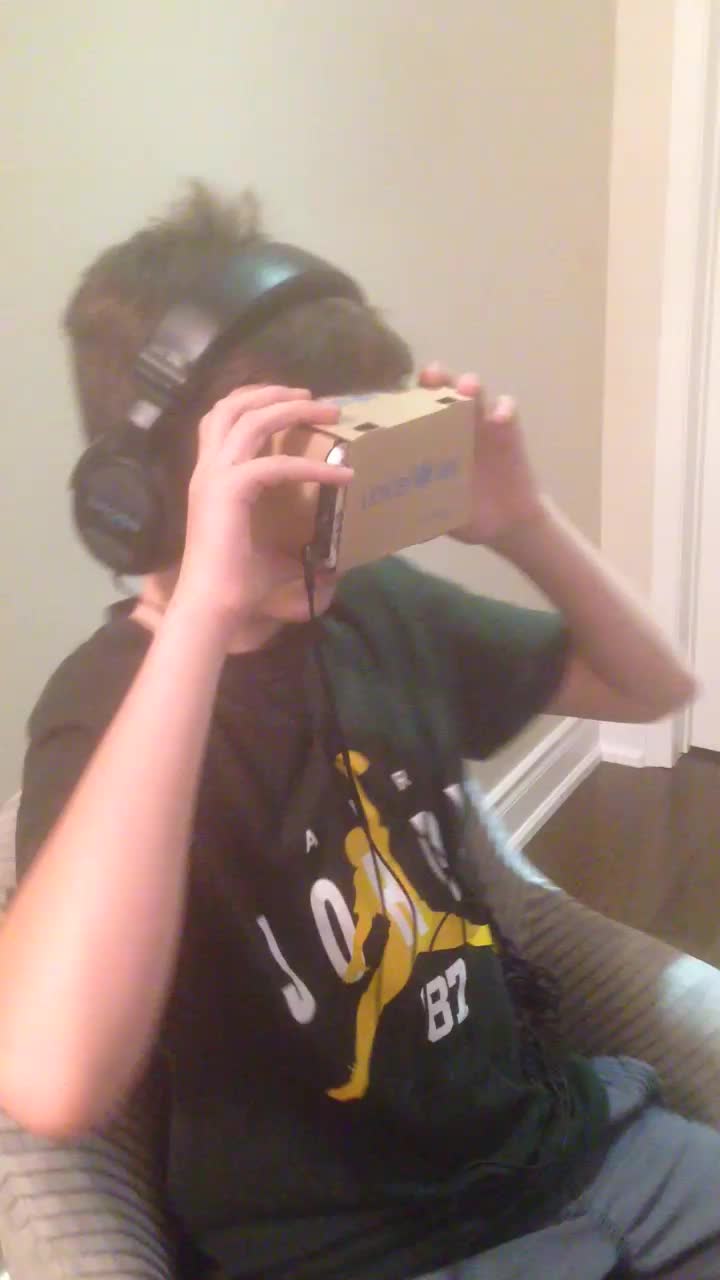 A first in Canada, UNICEF 360° is a virtual reality documentary series that allowed you to experience firsthand the struggles facing the world’s most vulnerable children and the life-saving impact of UNICEF’s Survival Gifts.

Used almost exclusively for gaming in the past, virtual reality can create connections and understanding beyond what is possible with film. It is impactful because it brings the challenges faced by children in need to light. From clean water, to healthcare, education and more. UNICEF 360° transports you into the lives of at-risk children and shows how UNICEF’s work saves lives. In “Clouds Over Sidra,” UNICEF’s first virtual reality film, you’ll walk in the shoes of Sidra, a 12-year-old Syrian girl, experiencing the challenges of her day-to-day life in Za’atari refugee camp. UNICEF hopes that through this experience Canadians will be inspired to help Sidra and the millions of other children like her who are fleeing dangerous situations around the world.

« Someday My Prints Will Come
When I’m Not Octopusing »