I was all set to sit down and write you something incredibly witty. Well, it *was* witty in my head when I thought of it in the shower and laughed out loud at myself. It probably wouldn’t have been all that witty when I actually put pen to paper, or, you know, finger to keyboard, as it were.

There was an image that I saw on Facebook yesterday. And just so you know, there’s a lot of hateful shit out there right now. People are saying some horrible, horrible things. But this one? This one hit way, way too close to home for me. I won’t put the photo on my site, because I am THAT offended by it, so I will link it here, so you can see. Go on, click on over. And if you can stomach it, read through a few of the comments.

What this image boils down to is this: DEMOCRATS = NAZIS. The message is, be like the guy who didn’t hail Hilter. Be like that guy over there, the non-soluter—don’t be an Obama supporter, don’t drink the Democrat Kool-Aid, don’t be like the NAZIS.

Look, I get it. Your guy didn’t win. It sucks. It hurts to lose when you see so much promise in your guy. I would have been disappointed had Mitt Romney won. I was really disappointed when Bush won. But, hey, guess what, that’s democracy, folks. We all get a say. Some said Mitt Romney (a lot, actually) and some said Barack Obama (more, actually) and that’s that. It’s over. Now, the right thing to do is that even though you don’t like the guy, he’s the guy you are stuck with for the next four years and you need to turn around and have some HOPE that he’s going to do right by the United States of America.

Because I spend a lot of time on social media, because I read a lot, I have seen some really ugly things this week—I have seen words thrown around, words that should never, ever be spoken, never be written, never be said about anyone, much less the President of the United States.

There’s not much that’s uglier than this.

My Bubbie and Zaydie, my mom’s parents, survived the Holocaust—barely. They survived concentration camps; death camps. They lost almost every single member of their families. They were tortured, starved, beaten down until the were almost destroyed completely. They made it. Six million others did not make it.

When I think about their stories, what they went through, it’s unimaginable.

When I think about the fact that there are people out there, in 2012, who could possibly compare Obama and the people who voted for him to NAZIS, it’s unimaginable as well.

**Title courtesy of my wise friend Dave Lipetz, via Facebook.

« The Smiles And The Heavy Sighs: The Long Walk To School
I Already Have the Color Scheme Covered. Thanks, 1990 Bat Mitzvah » 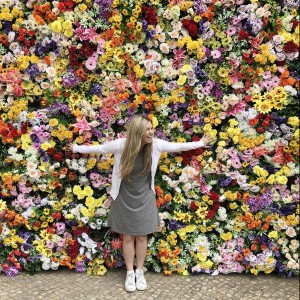