Emily got a letter in the mail last week from a camp friend. a real letter!! i can’t remember the last time i got something in the mail that wasn’t a bill or a birthday party invitation for one of my children. i was actually jealous of this letter. it was handwritten on pink paper and had doodles in the margin. it was ‘sealed with a kiss’ in a heart on the envelope. a total throwback.

the first letters i remember writing were to my sister when she was away at sleepover camp. she still has them in a box in her bedroom at my mom’s house. they say things like, “i miss you. mom got a new haircut today. waka waka waka” (you’ll have to excuse my Fozzy-language…i was, um, 7?) i swear. i really wrote things like that.

and then my family went to Florida when i was 8. and i met two girls, Taulbee and Lauren. and i had my very first pen pals. we wrote about boys and school and our teachers who smelled. we used acronyms like LYLAS (love you like a sister)

and, of course, SWAK. we competed to see who could add the most numbers of obligatory x’s and o’s at the bottom of the page. we competed to see who could have the quickest turnaround time. we competed for the most kick-ass stationary. we wrote things like, “this boy Jason, he’s really so cute. he wears glasses and picks his nose. so i can’t like him. i mean, he picks his nose. and then flings his boogers. grody!” i swear. i really wrote things like that. i still have them in a box in my bedroom at my mom’s house.

i was a terrific penpal. hopefully devoted to each and every one. (movie? come on? anyone? bueller?) camp friends. friends who moved away. my cousin in Virginia. i once developed a several year long pen-palship with a girl i met at a bat-mitzvah. true story. i loved sending pictures and seeing their pictures. i loved including little things like stickers or small erasers. i would add funny newspaper clippings and recipes and pictures i drew of people in school.

and the kicker? right after Emily got her REAL letter, my friend Pnina sent me this (not REAL) message on facebook:

I come out of the garage with LETTERS upon letters from friends in the old country.Â  yours were SO funny! You were telling me all about your boring high school classes, who you had a crush on, who was dating who and then I found your 8th (?) grade teeny tiny yearbook that you sent me. You commented on everyone’s pictures. Who is cute, who is slutty yet the daughter of a rabbi, who has cool brothers and who’s related to who. It was SO MUCH funny looking at. And you signed everything marty McFly cause you said people used to call you that.

i miss letters. i miss writing them. i miss the feeling i got when i would sort through the mail and find letters! addressed to me!

my kids are totally going to miss out on this, aren’t they? the writing. the waiting. with email and texting and facebook and myspace and msn messenger and skype and twitter, everything is at their fingertips. why on earth would they send an actual letter? in the time it takes for that little letter to travel through Canada Post, 25 new stories could happen. stories that can easily be told on the computer.

so what, i say! bring back the letter writing!!! if nothing else than to not make me feel old. because i can see Emily with her friends now…”back when my mom was a kid…THEY ACTUALLY WROTE LETTERS! LIKE, WITH PENS! AND REAL PAPER! CAN YOU IMAGINE??!?! AND THEY HAD TO MAIL THEM. IN THE, YOU KNOW, ACTUAL MAIL!!” “wow. your mom is ancient” “i know, right?” “it’s a good thing she’s totally MILFy (right, FADKOG?!) and makes awesome chocolate chip cookies.” le sigh.

pps. for the non penpal-ers…this means ‘sealed with a lick cuz a kiss wouldn’t stick’ 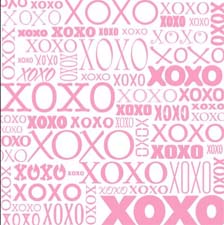